ATM Safety Update: 2 out of 3 Physical Attacks Are Unsuccessful

Despite what you may see on the big screen with a healthy dose of Hollywood magic, the days of physical attacks on ATMs resulting in big paydays for criminals are mostly in the past. In fact, according to a report by Europol and the European Crime Prevention Network, only one in three physical attacks against ATMs are successful. 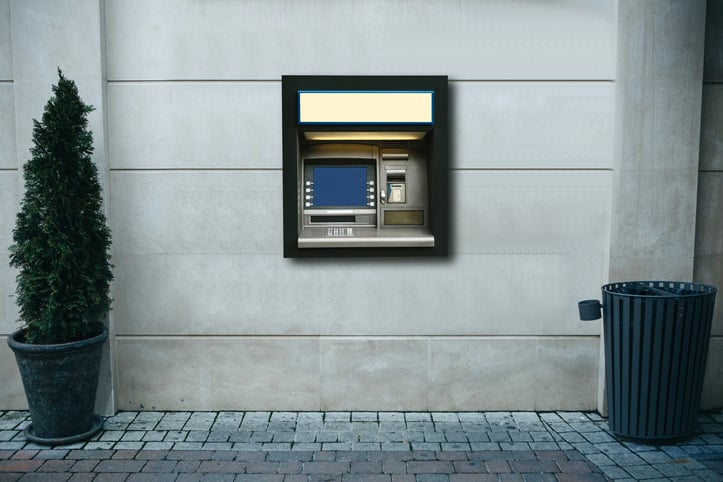 Unfortunately for financial institutions, neighborhoods, and the ATMs themselves, that one in three chance is still high enough for criminals to risk a physical attack. ATM safety should be a priority, and, with a few tried-and-true defenses and upgrades to the ATM unit itself and its surrounding area, you can almost reduce your organization’s risk of physical attacks to zero.

According to the European Association for Secure Transactions, a European organization that tracks financial trends across the EU, there are four categories of physical ATM attacks: rip-out, pull-out, tool-based, and explosive. Although the names themselves are pretty intimidating, each deserves a bit of explantation.

A rip-out attack is exactly what it sounds like: A criminal attempts to use a heavy machine, truck, or forklift to break an ATM out of its enclosure, picking the ATM up as it sits exposed. If the pickup is successful, the ATM is taken to another location to be further exploited in an attempt for the criminals to obtain access to the cash inside.

For this type of attack, a rope, chain, or cord is wrapped around the ATM and attached to a vehicle. If executed successfully, the criminals will have an ATM dragging behind them before it’s lifted into the back of a waiting truck to be hauled away to be cracked.

Although tool-based ATM attacks are not as brazen and destructive, they are just as dangerous. These involve a heavy saw, grinder, or thermal lance, which puts the reinforced exterior of the ATM to the test as criminals attempt to access the cash cassettes inside.

The last of the four physical ATM attacks is definitely the most shocking. Criminals use explosives or pour flammable fluids into an opening in the ATM in an attempt to detonate it on the spot or with a time delay. As soon as the ATM is blown open, criminals then attempt to pick up the cash left behind among the ashes.

An Ounce of Prevention

ATM safety also includes the physical aspect. Much like in other instances, the physical security of ATMs should include several layers of defenses. First, barriers should be placed around the ATM to prevent vehicles or large machines from getting close enough to the ATM to cause real harm without much frustration for the would-be criminals, but with enough space so that customers can easily access the unit.

Next, plenty of perimeter surveillance, good lighting, and secured enclosures can help to signal when unauthorized users are attempting to get close to an ATM unit or spending an unusual amount of time near one in preparation for a physical attack. This can also help with conducting audits of known ATM keyholders or technicians with approved access to a unit.

Finally, financial institutions can decide to implement degradation tools to their ATMs that can further thwart and frustrate criminals. These can include ink staining that makes cash useless or easily identifiable, alerts or alarms, or triggers that initiate calls to security.

What’s Right for Your Fleet

Every financial institution and independent ATM operator has its own unique footprint, requirements, and needs, especially when it comes to ATM safety. Burroughs has the experience, technical expertise, and responsiveness to help your organization identify the best way to secure and maintain your fleet from today’s and tomorrow’s biggest challenges.